Those of you who took statistics in college probably remember the class with varying degrees of fondness. Personally, I loved my statistics class. I realized at the time that multiple linear regression was the perfect tool to quantify the effect of various property characteristics on the overall value. The theory of statistics is the mathematical basis for what appraisers traditionally call “paired sales analysis”. Given two houses which are identical in all respects except one, the difference in price should be explainable by that single differing characteristic. For example, two nearly identical houses on the same street sold on the same day. The one with a two car garage sold for $10,000 more than the one without. One can infer that the amount contributed by a two car garage is $10,000.

There’s only one problem with that methodology. The sample size from which the conclusion is drawn is too small. A conclusion is drawn from a sample size of two is hardly large enough to draw statistically significant conclusions about a larger population of sales. Most appraisal reports present very few sales from which to conclude an opinion of value. Data only tends to take a normal shape with a sample size of 30. Early on in my career I realized the quandary we appraisers were in. We are tasked with presenting a defensible appraisal report while severely handicapped in the volume of data available for analysis. Oh how things have changed.

It is now possible to download and analyze hundreds…even thousands of commercial or residential real estate sales into a single file with multiple linear regression. I won’t bore you with the technical details but what multiple linear regression allows is to derive an equation used to estimate the value of real estate. Suppose, for example, that you have evaluated which property characteristics significantly contribute to the value of a single family home. You may find that the gross living area has the strongest correlation to value followed by the number of bathrooms and whether the home has a garage or a basement. I ran just this sort of analysis on homes around Elizabethtown, Kentucky, which resulted in the following regression equation:

Another cool aspect of being able to download masses of data is that it allows an appraiser to graphically depict various relationships. For example, I’m using the chart below in an appraisal to demonstrate the relationship between the size and price of a site. As shown, the price per square foot that a purchaser is willing to pay tends to decrease as the size of the site increases. We’ve know this for years but to be able to graph and quantify the effect, well, that’s pretty exciting stuff if you’re an appraiser. Anyhow, I just wanted to update my blog and let you guys know what’s going on. I’ll post more later.

If you have any other questions about commercial appraisals, contact us here! 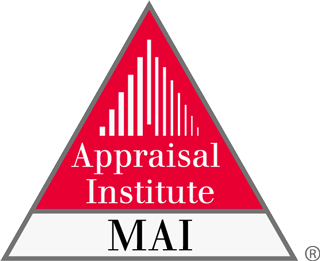